It is incredible to see how one viral video can create such buzz in the media. This phenomenon has given companies a new way to help connect consumers to their brands. Reflecting on the “Sony and JK Wedding Dance” case we read, companies such as Sony have had to learn how to deal with how to manage virality; however, the question now is, how can companies manage this in 2017? With access to more social media platforms, what should the best practices be for companies who want to take advantage of these communication networks? 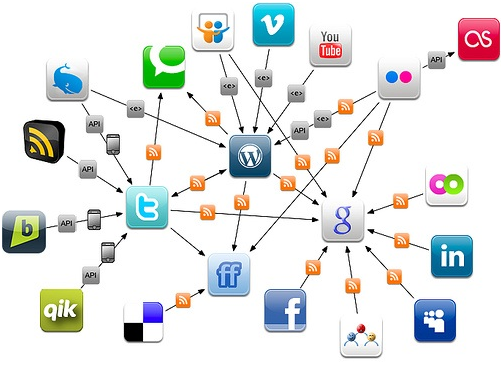 The first bit of advice I found in my research is to craft strong, creative content that is shareable. According to Benton Crane, Managing Director of Harmon Brothers, the video marketing agency responsible for the “Poo Pourri” ad, it is important to put humor into your video. This will help add to the share-ability of your content. For instance, take the Poo Pourri advertisement mentioned. The product is essentially a spray that helps avoid bathroom odor. In one of their video ads for the spray, Harmon Brothers decided to use the idea of meeting your significant other’s family for the first time at dinner. In this video, they take the perspective of the girlfriend having to use the restroom after eating something bad and using the spray to avoid embarrassment. (See video below for full content). To give you an idea of its success, since this video was published in 2016, it has received 10,224,134 views.

The second piece of advice that was provided is to keep the message positive and to know your audience.  After running several models to determine how emotions factor into virality, the American Marketing Association found a positive correlation. They also found that “while more positive or more negative content is more viral than content that does not evoke emotion, positive content is more viral than negative content.” One example of an advertisement that I feel evokes this piece of advice very successfully is Proctor and Gamble’s “Thank You Mom” campaign. Upon recognizing that some of their biggest brands were Pampers, Bounty, and Olay, P&G understood that their target market was mainly mothers. Using this, they created one of the most successful viral campaigns that aired during the 2014 Olympics in Sochi and the 2016 Olympics in Brazil. P&G was able to incorporate their audience and a message of positivity into their ad by creating a video that showed how with the loving support of mothers, children can grow to become anything they want. With more than 25 million YouTube views after it first aired, this ad helped give P&G a 0.1% boost in sales and even caught the attention of celebrities like Demi Lovato on Twitter. (See video below). Not surprisingly, P&G even created a Twitter handle called @ThankYouMom to continue the campaign awareness.

The third piece of advice I encountered is that timing is everything. Video marketing is said to not be as effective if there has not been some proven traction or customer demand, which makes sense. If you don’t know that your customers like your product, both the company and consumer will not gain much from your video. In addition, once you have a product that you feel is worth helping make viral, you will have to do a heavy amount of testing. According to Mr. Crane, this includes doing a thorough review of everything that includes: monitoring the banner ad you see on a website, the popup in your Facebook feed, the product page, and the checkout page all the way through to the purchase. I think that another way to gain exposure for these types of ads are through search engine optimization. This can help, for example, to make sure your website is one of the first few links found when customers search through Google.

The fourth and final piece of advice to consider is optimizing for people’s real watching conditions. What marketers need to consider when trying to make a viral video is what platforms consumers use. For instance, our society is constantly scrolling on apps such as Facebook, Snapchat, and Instagram on their phones while they are on the go, so the videos need to be able to grab the audience’s attention from the first frame. They also need to fulfill their purpose with and without sound. As people could be watching videos at work or on a subway, for example, so they might not be able to listen to the video with sound in real time. To me, this is one of the most useful pieces of advice.

In the end, I strongly believe that these four tips can truly help businesses create successful viral campaigns. As long as companies make sure to keep a positive message, have good timing, and make sure the video is accessible on different platforms, the content will be easily shareable and more likely to go viral.