#Techsgiving: Digital Tools and Services that Powered My Break

Ah, Thanksgiving. It’s the holiday us college students need, but not the one we deserve. Whether it’s an excuse for procrastinating a paper, stuffing your face with free food, or playing holiday music (#SeasonRusher), there are lots of reasons to be thankful on Thanksgiving. This time last year, I was with friends in Italy for a week and a half, so it was especially nice to be back in the U.S. for Turkey Day.

On my way back from New York on Sunday night, I reflected on the different things I did over break and soon realized how new advancements in technology really influenced my short trip. Here’s a breakdown of the digital tools and services I took advantage of over #Techsgiving:

I’ve ridden Amtrak’s Northeast Regional to and from Boston to reach New York’s Penn Station before, and the journey takes about 4.5 hours from station to station. In the past, Amtrak’s website was old and clunky, and its mobile site and apps were even more outdated. Luckily, when it came time to book my train ride home for Thanksgiving, I was able to use Amtrak’s new website, which they’ve been “refreshing” for some time now.

Of course, traveling home for the holidays (almost) never goes without a hitch — for me, that meant missing my train. Luckily, I had the Amtrak mobile app already on my iPhone, and I was able to modify my reservation and convert my missed train ticket into a ticket for the next train. And, thankfully enough, another train was leaving Back Bay within 15 minutes of my original train.

The Amtrak app was easy to use and allowed me to switch tickets, check the train’s status, and see the amenities included on my new train. Not only did this make me consider how a traditionally static industry has been making great strides in digital investments, but it also made me take a second look into traveling by train rather than car or plane (as I’ve done in the past). Pretty sweet! 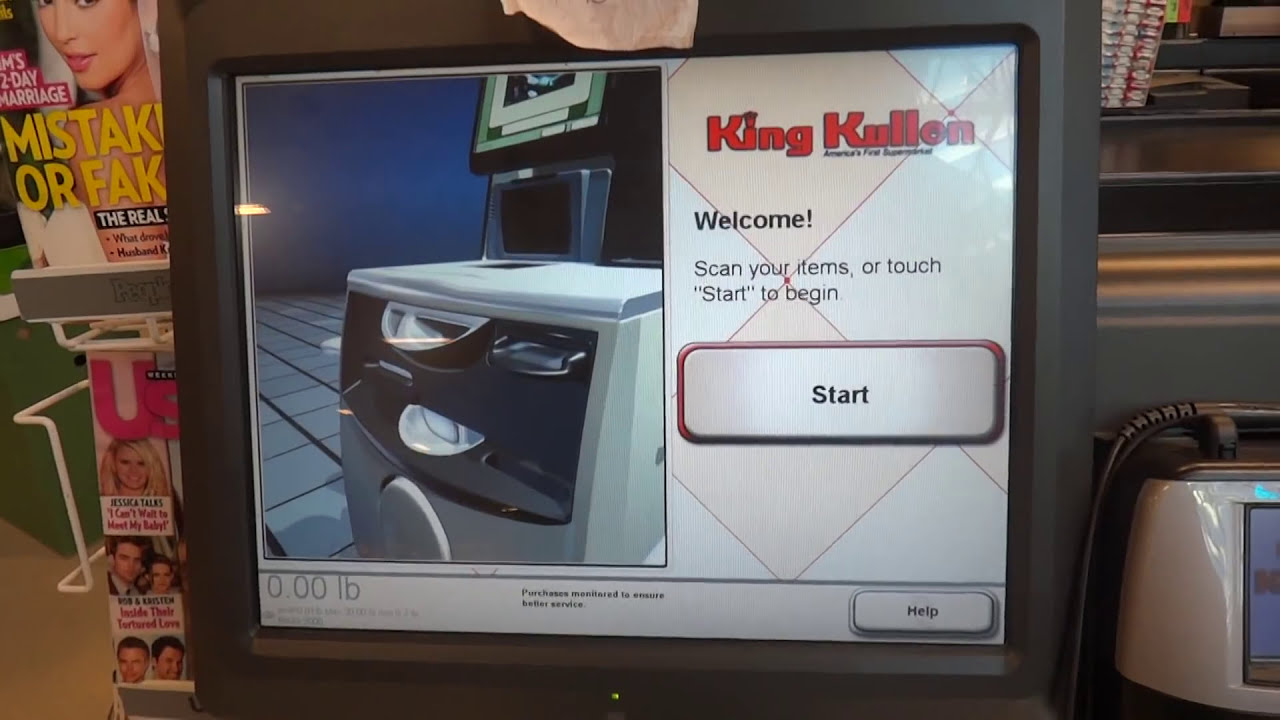 While I was home for the week, I figured I’d make dinner for my family. (It’s the least I could do, right?) I went to our local supermarket, King Kullen, and bought a dozen or so ingredients to make quesadillas. As I approached checkout, I remembered King Kullen recently installed self-checkout lanes — you might have seen these at Home Depot, Lowes, Wegmans, CVS, or anywhere else that has similar systems. At King Kullen, they call it the “Fast Lane”.

While I’m not necessarily sold on how “fast” it is, I generally find it more convenient than waiting on line, especially if I only have a few things. As with most systems, coupons automatically scan and the terminals accept chip-based credit cards. It also makes sense from a business perspective: these self-checkout lanes only have one employee on-call for the inevitable “please wait for assistance” error for the four self-checkout lanes installed; if they were their own checkout lines, the store would need at least four cashiers to staff them.

On the day before Thanksgiving, I headed into New York City for an interview in Midtown. The Long Island Rail Road (LIRR), which has a stop in my hometown, brough

t me into New York’s Penn Station, and the New York City Subway brought me one stop to 42nd Street – Times Square. The LIRR released a convenient free app about a year ago that allows you to purchase train tickets on your smartphone; once you create an account, you can store your credit card for future transactions. This is especially helpful if you’re eternally late (like me) and have a tendency to miss trains (especially ones from Boston).

Happy Thanksgiving from your @LIRR! pic.twitter.com/yAWvNbYB33

As I tweeted later that evening, the LIRR was plagued with ongoing delays as a result of Amtrak restoration that began over the summer. However, once the train left Penn Station, it was a smooth ride back to my hometown, and the LIRR eTix app made the stress of making a return train much simpler.

On my final night home, I went into town with friends from high school to celebrate my 21st birthday (finally!). On our way back, we were about to call the local taxi company for a $5/person ride — that is, until I remembered Uber’s new app update that allows you to add up to three stops to a single Uber ride. Although I tried this in New York, the feature is also available in Boston and other cities nationwide. Not only was this incredibly convenient for my three friends and me, but it cost half as much as a taxi!

I have a keen interest in the airline industry, and I have written a blog post about airline loyalty for this class in the past. For my return trip to Boston, I flew Delta from Kennedy Airport into Logan, and was blown away by the airline’s recent investments in baggage tracking technology.

Just over a year ago, Delta launched this in-app feature as a part of its $50 million technology investment. Using RFID technology, Delta baggage handlers no longer have to manually scan each individual bag; instead, scanners are in place to automate the process. This feature is live at 84 airports across the U.S., including our very own Boston-Logan. As I had delayed baggage on a Delta flight not too long ago, these improvements not only provided ease-of-mind for me, but also heightened the overall travel experience by thoughtfully integrating technology in a seamless and useful way.

In addition to my family and friends, I had a lot to be thankful this #Techsgiving. Personally, the Fly Delta app and the RFID-powered baggage tracking topped my list as the coolest service I interacted with on my week-long trip back home.

Have you used any of these tools or services before? If so, what was your experience with them?

← The Digital World of Nursing
Growing up with Alexa →