If Alexander the Great Had Twitter, He Could Have Been Greater

The history of the world can be characterized by the struggle of its inhabitants to obtain resources for survival. This can be observed on micro and macro levels among organisms of all ecosystems, but humankind takes this competition to the extreme. The history of humankind, while filled with moments of hope and beauty, is at its core a bloody tale of conflict across the ages.

Ancient empires like Assyria or Rome were built and burned by conquest in winner-take-all campaigns of invading armies. In these seemingly simpler times the victor was the country whose armies were best equipped to dominate in combat. This meant innovations like stronger metal alloys, sturdier chariots, and deadlier bows and arrows. In short, the innovation of superior combat technology often led to victory and long-term dominance of a ruling nation. 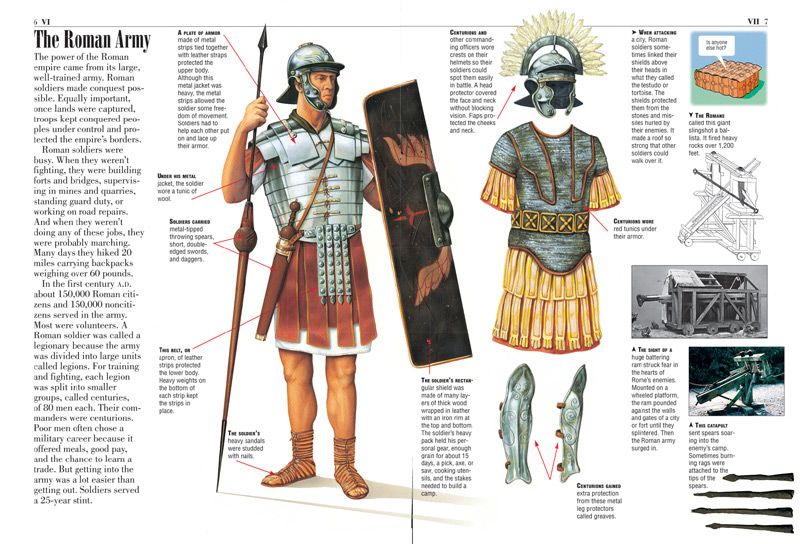 The Roman legion was feared for its battlefield prowess, but supply chain logistics and speedy couriers along established routes were just as important to the success of the Empire.

Roman legions were notoriously effective against tribal militia due to their advanced arms and armor, masterful tactics, and armored cavalry. The lever action rifle was dubbed the “gun that won the west” due to its effectiveness in fighting native tribes who imployed bows and arrows that could fire at half the range and speed. In both World Wars, humans saw the most prolific and deadly arms race in the history of the world with the grim invention of machine guns, artillery, and nuclear weapons. Indeed, for better or worse, the need for military domination has been a driving force for innovation since the dawn of man.

These examples of arms and armor are the obvious inventions that most often take the credit, just as predator missiles and aircraft carriers do today. Of course, there is no denying their importance in enforcing a nations’ military prowess. There are, however, less flashy wartime inventions that have impacted the world with arguably much broader implications. Ligatures invented during WW1 to stop massive arterial bleeding have since saved countless lives on the operating table. Ambulances, sonar, highways, and ultrasounds are all examples of products of war that have become inventions for good in today’s world.

WW1 saw the invention of the ambulance due to the immense casualty rate and long-contested no-man’s-lands of the Great War.

These inventions are the silver lining to all of the destruction humans have brought down upon themselves. Necessity is the mother of invention and alongside these horrific times of loss of life came innovations that have helped to preserve human life. In my opinion, the most globally impactful inventions that have come out of any war have been those that have advanced communications.

The Marathon was invented when an Athenian soldier ran 26.2 miles from the Battle of Marathon to Athens to inform the citizens that the Persians had been defeated. For centuries this remained, along with the addition of the horse, as the primary form of communication. This was the status quo until as late as 1914 during the Great War when the need for communication was so great that nearly all civilian radio stations were appropriated by governments during wartime. That being said, they still relied heavily on horse couriers and carrier pigeons (war pigeons) for communication. 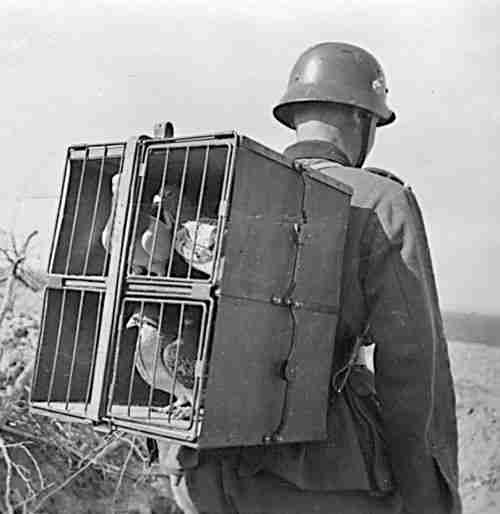 A German soldier transporting carrier pigeons used to deliver messages to and from the front lines during WW1.

Whether it is used for supply chain logistics (another aspect of our world heavily influenced by the military), troop movement, strategic airstrikes, or 11th-hour diplomatic negotiations as seen in the cold war, communications have been paramount to military success. I believe that communication could be argued as the single most important technology on the battlefield, even today. The other half of this story is the importance of communications for the government to communicate en masse with civilians. The use of propaganda to rally support for a cause, vilify an enemy, or provide soft disclosure of events is one of the most useful tools at the disposal of any military or government.

Some of the most effective tools in a leaders arsenal are those that can sway the hearts and mind of their people. Taking WW2 Nazi Germany as an example we can see how propaganda was able to convince an entire nation to blindly follow the ambitions of a small interest group. We all know how that story ends, but we must remember that some of the most effective weapons employed by the Nazi party were not tanks and bombs, but symbolism and rhetoric. The Nazis were not the only ones guilty as the US government contracted publishers to create a plethora of dehumanizing propaganda, particularly against the Japanese. History has repeated itself again and again as this type of communications tactic was employed frequently by ancient civilizations as well as in recent conflicts like the Vietnam and Iraq wars, just to name a few. 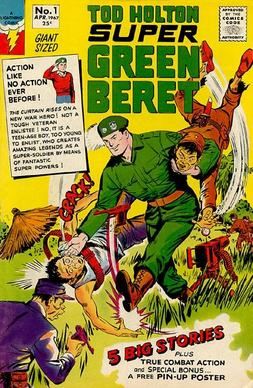 Vietnam War propaganda in the form of a comic book. Creating heroes and villains is a primary aim of propaganda.

The military is keenly aware of this and has historically invested substantially in communications technology. In fact, one of the first projects that would help shape the internet as we know it today stemmed from a Department of Defense contract to develop network communications back in the 1960’s. But, as business and information systems students, we know that data sharing works both ways. The military does its fair share of borrowing from the civilian world as well, always on the lookout for something that will give them an edge up on the competition.

Social media is a perfect example of a piece of digital innovation that is invaluable to governments if used properly. It is a prime target for governments around the world due to its ability monitor and guide public opinion at rapid speeds. Social media can be used to ruin or create public figures, bring attention to or distort current events, and most importantly distract or engage people. After the fallout of last years election with evidence of election tampering by foreign governments and the incredible use of Twitter during the Arab Spring, we should all be wary of how powerful social media can be on a macro level, even to the point of being weaponized.

This makes virtually all social media channels a potential battleground for today’s governments. Today, in the wake of the cold war, most battles are done behind closed doors. Government agencies seek to spy, sway, and sew sedition via means that are not

Was it? Majority sentiment was that people knew the conflict in Iraq was far from over.

traceable or overt. Playing upon groupthink, which is common in social media channels, governments can influence regions and people from afar and with little to no evidence of their involvement. As Americans learned from incidents like the Gulf of Tonkin or the Bay of Pigs, our governments are busy at all times and more often than not we do not know what they are doing until the deed is done. To think that each and every government in the world today isn’t already utilizing the power of social media to influence their own and other country’s citizens is simply naive. Some just do it more quietly than others (looking at you Russia).

Propaganda doesn’t always have to be militaristic or nationalist in nature. Sometimes it simply provides a distraction or a platform to set up following actions.

Now, I am not some tin foil hat conspiracy theorist, so let’s get to the positive spin. The good news is that the viewpoint stated above is only the negative side. Going back to topics like the Arab Spring, social media has the potential to be a great equalizer. The companies that run large communities like Facebook, Twitter, or Youtube, are more or less indifferent about the viewpoints posted on their sites. Simply put, they provide the space, we provide the content. Although there are certainly exceptions, this indifference is good for healthy dialogue, group forming, and whistle blowing across nations. Social media has the ability to amplify the voice of the people to levels that previously only governments could achieve.

The Arab Spring proved that social media can act as a powerful weapon to rally beyond physical borders against oppression.

It is often seen in totalitarian or authoritarian governments that the ruling members or classes attempt to stamp out the ability for their people to assemble. Traditionally the inability to assemble means the inability to communicate, thus anti-establishment views cannot be spread as rapidly. Social media has the power to take this away from governments as the ability to access the internet, which is becoming more common by the day, allows for people to see dissenting viewpoints at the click of a button. Communities can form, ideas can be shared and movements can gain traction, all without the organizers leaving their home. What a time to be alive! Although we give social media a lot of credit, I believe it is more powerful in the traditional sense of the word than we usually admit. We admire it for its ability to share photos, keep up with your friends, see what your favorite celebrity is up to, or figure out where to go on vacation.  In essence, we are playing with a tool that has weapons-grade potential. Whether it be to get an unlikely candidate elected to high office, expose government atrocities, or topple a corrupt regime, these platforms are serious business. I hope that after reading this you will have some pause to reflect on how you critically you consume social media, particularly topics that are politically couched.  Perhaps you will come away with a perspective on how it has the potential to shape our world even more drastically than steel, guns, and bombs.

← I’m the girl who calls during dinner
Too Smart For Comfort? →