VIVA LA…shit, did we do this one already?

Well, I messed up.

What do you mean Grace?

Well, glad you asked voice in my head. I thought I would try and save a blog topic I wanted to write about until later in the semester. Which was of course, a very huge mistake, since the topic was about a company that has essentially all of its following in New England.

Well, @profgarbusm beat me to it. To get an amazing overview of Barstool Sports and why its working as a lifestyle brand read his blogpost here.

So, while I really wanted to write about this topic as a general overview, I’ve decided to rework my original blog post, put a spin on it and instead focus on their advertising and how they have utilized their digital platforms to make money. So I’ve spent the last few days doing some additional research on their specific advertising and social media efforts and discuss what I’ve seen as some successes and then as some challenges for them. Here we go…

A major point in the plus category for Barstool is that they are run by a company that believes in their unapologetic and racy content (The Chernin Group). They have essentially no restrains on how they can talk, what they can say, and when they can say it. Content is content and there are often jokes made on the site about “snowflakes” and “the PC Police.” While this can be offense for sure, this makes it very easy for their content to be generally organic and feel less scripted, thus having fans be more engaged, specifically males in the 18-35 age bracket. Listen to one episode of KFC Radio or PMT and you will know what I’m talking about. They make jokes about staring at computer screens all day and feeling like their eyes are going to fall out of their head, and then seamlessly plug Felix Grey eyewear. They sometimes so seamlessly integrate advertising, the other cohosts don’t even know that they listening to ad reads.

A great digital ad that they did was have a Bacardi Oakheart rum branded bar built into their office space in NYC and then create custom ads showing fans and followers how to make their own “Oak and Coke” mixed drinks. Then bloggers/personalities of Barstool would name-drop the brands in their blogs or on Twitter (As an example of the amount of content they put up on a daily basis, Barstool ended their deal with Oakheart and I cant find ANY of the ads from only 5-6 months ago). It became a joke, but an inside joke for fans to connect with the writers and of course they LOVED it and searches for the

brand went up. While its been shown that visibility doesn’t always mean profits, its a start to show the power of the Barstool brand. Barstool has also done this with Leesa Mattresses, direcTV, and most recently Sirius XM Radio. 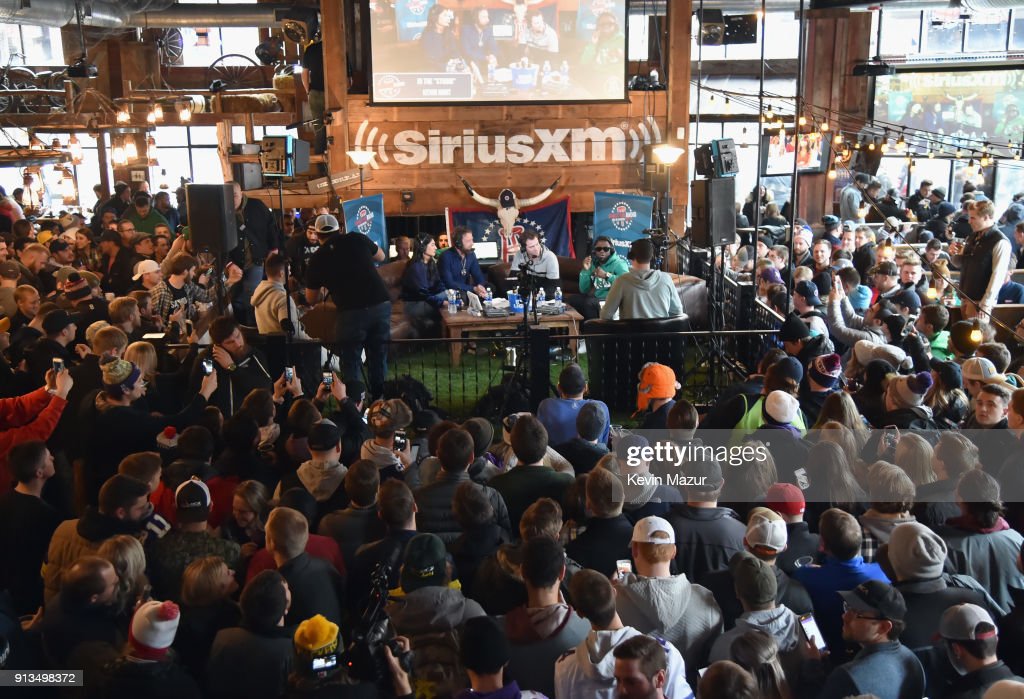 A minus for this is that often the way they talk, especially past examples that have defined their brand, drives away bigger advertisers. The biggest example of this is when the most popular podcast on the roster, Pardon My Take, was given a TV show on ESPN, and then was promptly cancelled after one episode when ESPN employees voiced their concern with having ESPN attached to Barstool’s “image.” While this ended up creating amazing content for Barstool with “ESPN LIES” shirts flying out of the online store and people rallying behind the PMT crew, it also shows that it’s off-color personalities might take a little bit longer to reach more mainstream media, and thus bigger advertisers. (Though they’ve definitely gotten a fair share of bigger advertisers, like Dunking Donuts, Natural Light, and BudLight).

Spectrum and the Power of the Internet.

Barstool also does a great job of creating a wide variety of digital media content that can integrate into all other facets of the business. Blogs (just like this, oh yeah!) were the starting point, then podcasts, Twitter pages, Instagrams, video content, and now their very own Sirius XM channel. At some point in time you’ve probably stumbled upon a Barstool rant video on Facebook, or a funny Instagram video, without even liking Barstool or following them at all. Storylines can be followed through all different platforms.

As Matt mentioned in his blog, Barstool has lots of pages/accounts that cover different kinds of content, from video games, to baseball, to cute animal videos. And the best part is? College kids and your everyday internet users send in videos EVERY SINGLE DAY. Barstool itself barely even has to search for it. I know that the @barstoolbostoncollege Instagram gets a few submissions a week and they have about 6k followers. @barstoolsports, the main page, has FOUR MILLION. While Barstool actually creates its own original content, lots of their Instagram pages are covered in videos and images sent in by other people. Leveraging the audience they have increases the amount of content they can put out, while also allowing the audience to feel like they are helping to build and be a part of the brand.

Another major, though not very monetized asset of their business, is Reddit. The barstool reddit page is MASSIVE. Die hard “Stoolies” will visit the page everyday and discuss the inner-issues and workings of the company and its employees, further creating engagement between the company and its fans. While its not always pretty (aka it can get gross on there), it always fans to create their own engagement and further connect with the brand.

Barstool does something very well that, as Brad Koch of the Medium describes as a challenge for most media companies to succeed with and that is MERCHANDISE.

Barstool, in the 8 years that I have been following the brand, has put out HUNDREDS of t-shirts, and I would say that a good majority of them sell out and a good majority relate to their content and brand on a deeper level (definitely not talking about the Harambe shirts). Even t-shirts that had typos were branded as “the barstool difference” (things are constantly messed up and not working) and still sold out to as if it were a novelty item. A drunken tweet from a Barstool writer, created their most famous slogan, Saturdays are For the Boys.

– some old guy just yelled that, it makes no sense, but I love it 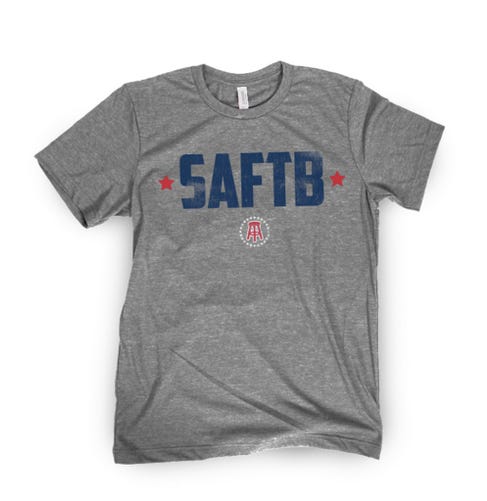 This single late night tweet generated a slogan that I would say most college students are very familiar with and has generated THOUSANDS of t-shirt sales for the company. SAFTB jumped to Saturdays are for… your college team, your pro team, where you party in the summer, “fore” golfing. and fans ATE IT UP. Their fans are so integrated into the content and invested in the brand, that any inside joke or podcast they love can produce a revenue stream for the company. I don’t believe this would have been possible without the constant digital engagement from employees and followers alike.

In Conclusion, this was long. I could write a thousand more words on the ways Barstool integrates solid, engaging advertisements into its brand, but I think the best way to see it is to follow @barstoolsports on twitter/instagram and see for yourself (currently on the #BudLightBusters grind for March Madness). While it has its pitfalls in bad fans who are internet trolls, and saying things that are just TOO inappropriate, it also creates such a strong following through its continuous and engaging content that advertisers really get to engage with fans who will actively and honestly engage with them as well.