Breaking Up with Social Media

Of all the “wisdom” out there about relationships, there seems to be one, universal, capital-T Truth that no one in their right mind would disagree with: break-ups suck. They eat away at you from the inside out and try to rip you apart and it takes all your willpower to keep yourself in one piece and put one foot in front of the other. It takes all your energy to complete simple tasks that used to be automatic, like pulling yourself out of bed in the morning. Even eating can feel like a chore when you’re heartbroken. You feel like you’re at war with yourself and it’s confusing and exhausting and it sucks. You desperately want to feel better.

Research shows “that feelings of intense romantic love engage regions of the brain’s ‘reward system,’ specifically dopamine pathways associated with energy, focus, motivation, ecstasy, and craving, including primary regions associated with addiction.” When you are absolutely miserable while going through a breakup and you try to reason with yourself that it’s “just a breakup,” you are actually experiencing powerful withdrawals. It’s not “just” a breakup. And, like any addict, you crave your next fix.

Now, you might be wondering what this has to do with tech and social media. The answer is everything. There are countless reasons why social media is unhealthy following a split. For one, relationships in 2019 are increasingly electronic, and it can be really painful that there’s a gigantic digital footprint left behind. That former special someone will automatically pop up at the top of your Facebook news feed. They’re on your Snapchat best friends list with a little heart next to their name. You can hop on Spotify to get some tunes going and incidentally see what they’re listening to. 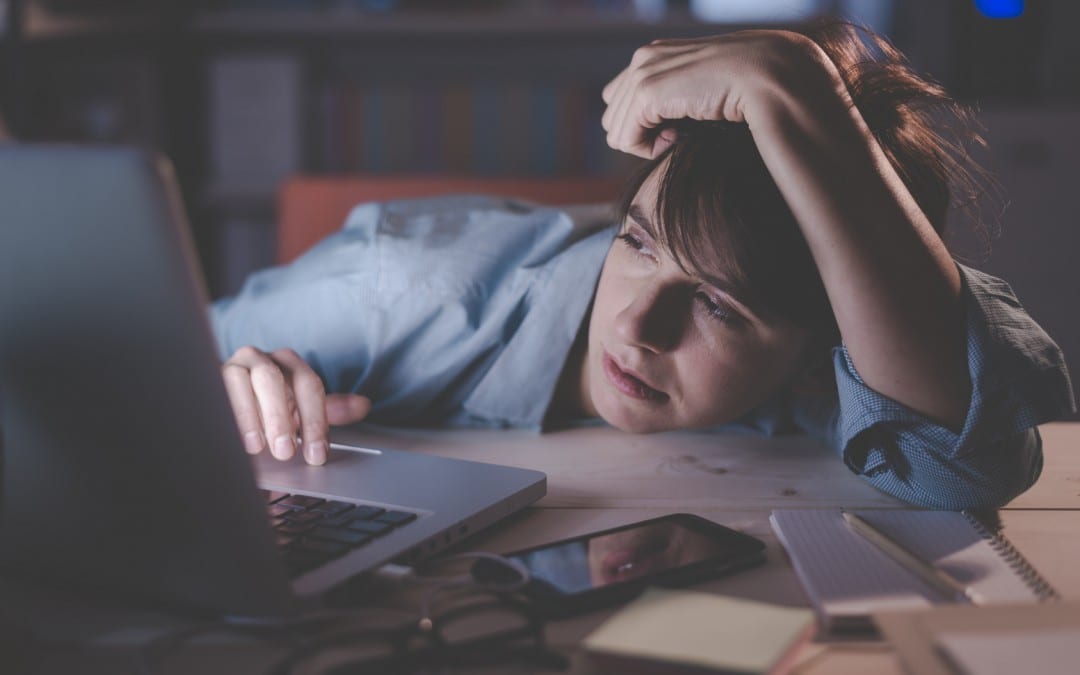 To add insult to injury, every time you text your ex, look at their Facebook profile, or check their Twitter, you’re going after that fix that you crave in the midst of your withdrawals after a heartbreak. And reading old texts that have to do with something that no longer exists is a dangerous game and you must resist the temptation to play it. While it might provide some respite in the moment, it only makes you feel worse down the line. No one trying to recover from an addiction would tell you they’re glad they relapsed. Using social media to see what your ex is up to after a breakup bears striking similarity: no one feels better after they see their ex’s most recent story on Snapchat.

That’s precisely why, immediately after a breakup, one of the best things you can do for yourself is to break up again, this time with social media. You need to dump Facebook, Twitter, and Snapchat; you need to slash the amount of time you spend on your phone. It might seem harsh or irrational, especially if the breakup was amicable, but you need to block them. On everything. Even Venmo (which, by the way, I believe is an underrated form of social media). I once had a friend who would check her ex’s location on Snapchat a few times a day. I had to physically pry her phone out of her hands and remove her ex from her friends. Then I deleted the app. She protested, but she eventually thanked me when she realized that being on social media would not help her recover.

Compounding this is the fact that when we look at social media, we see a false portrayal of reality. And that messes with us. We often want to see that the other person is suffering the way we’re suffering, and when we check their Facebook, we don’t see suffering. We see the exact opposite. They seem to be doing perfectly fine, enjoying a drink outside with their friends. They seem to be loving life when we feel crushed, and that makes us feel terrible. “Do they even miss me?” we wonder. “Did they ever even care?”

Of course they miss you! Of course they cared! The problem is, no one (with the exception of a few brave but sad souls) airs out their grief on social media. I have seen a good deal of heartbreak among my friends, and not a single one of those forlorn, heavy-hearted people has ever posted on social media about how they’re really feeling after a breakup. In fact, in the aftermath of a painful breakup, we often see the opposite: increased activity on Facebook, frequent sharing on Instagram, and incessant adding to snap stories. It’s all done in an attempt to convince everyone that they’re having so much fun without their ex. It’s a twisted lie that only serves to underscore the dark side of social media. We must use social media for good; otherwise, we’re feeding into the very culture that has made most of us, at some point, feel at least a little bit bad. Now, again, I’m not instructing anyone to wallow about their grief on social media (that’s what friends and–more importantly–ice cream are for). No one wants to see that.

Not to mention, when we look at any form of social media after a breakup, we’re comparing our behind-the-scenes (which, in this context, is likely misery) to everyone else’s personal highlight reels, including our ex’s. It’s unfair to ourselves and, frankly, it’s toxic.

Although social media is a fantastic tool for keeping in touch with friends and family who live hundreds or thousands of miles away, it can also be a significant barrier to moving on and getting over. And that is precisely why the end of any relationship needs to be the end of a relationship with social media, at least for a little while. Once you’ve successfully broken up with social media for a sustained period of time and injected seeds of normalcy back into your life that eventually blossom into real normalcy, you may return to the digital realm. Remember, however, that it must be used for good, not to trick anyone into believing a falsehood.

← The Internet Knows Where You Workout
Frozen in Time →