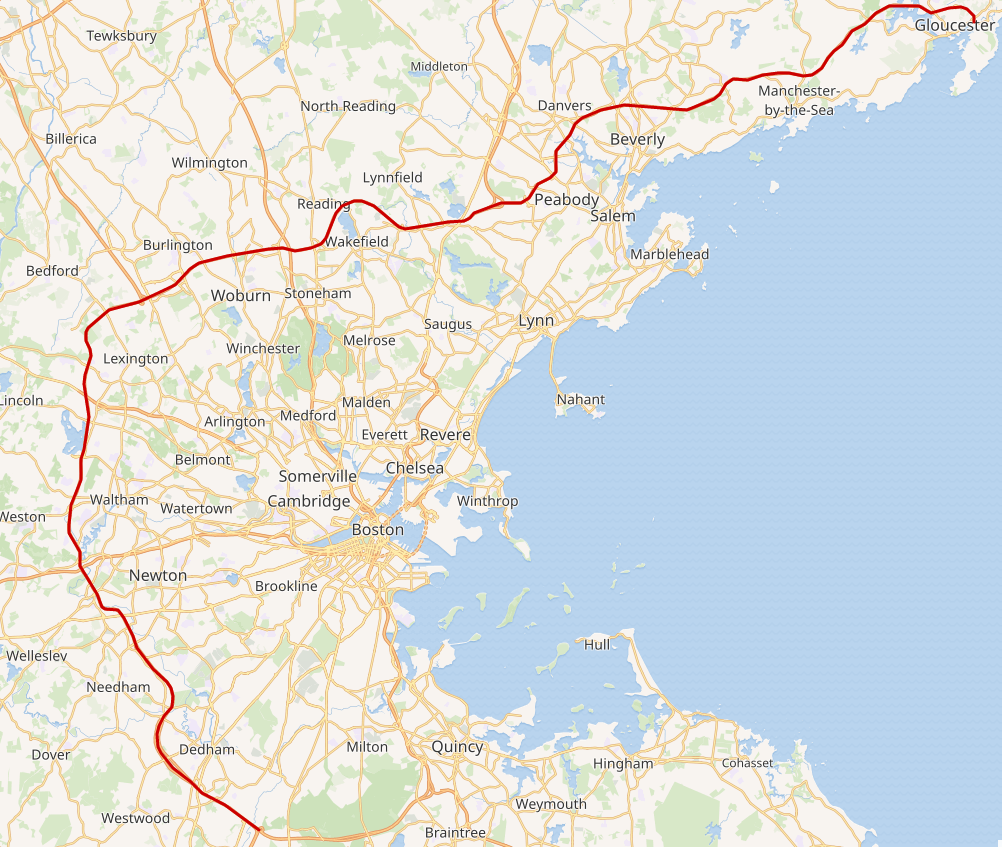 Believe it or not, “America’s Technology Highway” is actually what Route 128 was once referred to as. The highway that runs 57 miles from Canton to Gloucester and was opened in 1951 was the center of the nation’s most innovative technology companies beginning in the 1960s until the mid-1980s. Earlier this semester I stumbled across a book at Brattle Book Shop (an incredible spot to check out if you’ve never been, founded in 1825) that dove into the lessons that should be learned from Bostons ‘former’ high-tech community. Although Silicon Valley has easily taken the top spot for tech hubs in the country Boston hasn’t exactly pulled a Detroit. I was pleased to learn that as of 2018, Boston was the #2 state nationwide for venture capital funding behind California. While there are plenty of local tech companies to be proud of, there is a number that folded as the focus shifted to Silicon Valley.

This blog is a great compliment to “Rise and Fall of General Electric” by Shannon Reardon as it continues to focus on local companies whose demise was due to an inability to adapt accordingly. While GE participated in many different industries, the local companies I’ll be highlighting below focus on technological innovation and disruption within computers specifically.

Founded in 1980 in Chelmsford Massachusetts, Apollo pioneered the engineering workstation in 1980. A workstation at that time was defined as a special computer designed for technical-scientific applications. To be considered a high-end machine like Apollo’s a workstation had to possess the three Ms – 1 megabyte of memory, 1-megapixel display and a “MegaFLOPS ” compute performance which meant at least 1mm floating-point operations per second. Apollo kept to itself and kept peers at an arm’s distance when it came to function as their products were not compatible with other machines. They even built their own central processors and circuits. Apollo’s biggest competitor, Sun Microsystems took the complete opposite approach by going with open systems. They focused on hardware and software and outsourced the manufacturing of all other components which allowed them to increase their focus on their expertise. Consumers showed high demand for this approach and flocked to Sun Microsystems because of the lower prices they were able to charge. Despite seeing the shift, Apollo decided to hold close to their roots and continue with their proprietary model, and market share slipped. They were eventually bought by HP and faced declining demand as consumers turned towards Sun Microsystems which continued to offer lower prices and increased flexibility. 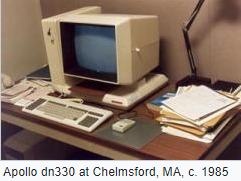 Datacube was an image processing company headquartered in Danvers Massachusetts, founded in 1978 and was actually in business until 2005. They focused on software for the industrial, medical, military, and scientific industries. Their products went after the need to combine imaging and workstation graphics together and offered a substantial size difference from the systems in place at the time. The Datacube Inc. maxVideo hardware package was the size of a small shoebox and hoped to replace an entire room full of software at Lockheed Martin. Despite its capabilities, Lockheed decided to stick with their massive legacy system because they were making so much money and they had no desire to tweak their system and implement the Datacube device. Management at Datacube thought that the best way to protect intellectual property was to stay as far ahead of the competition as possible, always offering the latest and greatest solutions. In their quest to stay ahead, they decided that patents and the related lawsuits would be a waste of time and money and would hold them back from their goals…so they didn’t apply for a single one. Despite providing cutting-edge imaging technology for decades, they were left with no licensing opportunities as a result.

At the height of their success in the 1980s, Wang Laboratories which was headquartered in Cambridge, Tewksbury, and then Lowell, employed 33,000 people while posting $3 billion in revenues annually. A local powerhouse, Wang Laboratories specialized in word processing technologies and smaller products like calculators. Wang was founded by An Wang, a highly respected leader in the industry that led the company through a series of transitions as he attempted to cope and adjust to market demand. After a long tenure at the forefront of technological innovation between 1951 and the early 1990s, Wang Laboratories was forced to declare bankruptcy and was eventually sold to a firm in the Netherlands. As part of their bankruptcy proceedings, they were forced to sell Wang Towers, the iconic million square-foot headquarters they had built in Lowell for $60mm. In 1994 the towers sold for $525k, yikes! The reason for their decline and ultimate failure is the fact that they specialized in word processing and designed their computers around that function. As the market shifted towards personal computers that simply included word processing software as one of their many functions, demand slipped. Another interesting reason for the decline was An Wang’s insistence that his son Fred takes over the company. Fred was in his early 30’s when he graduated business school and was put in charge of R&D. Fred went on to market a massive product launch and delivery which got consumers excited, but he had no way to fulfill the lofty promises he had made and most of the products never even came to market. In an effort to keep the business in the family, the Wangs also insisted on financing their company through debt. Most other computer companies at the time did this by issuing stock and bringing others into the firm but the Wang’s were too stubborn. Eventually, Wang fired his son but it was too late.

A case study favorite, many of you have probably heard of Digital Equipment Corporation or DEC unless this is your first semester at BC. The beginning of the end for DEC came when one of its founders, Kenneth Olsen stated that, “there is no reason for any individual to have a computer in their home.” Little did Kenneth know, I’d be writing this blog about his company failing as I have one on my wrist. In 1987, DEC was the number two computer manufacturer in the world behind IBM, generating $11 billion in revenue while employing 120k people. The demand for microcomputers then began to pick up while minicomputers became a thing of the past and leadership at DEC refused to pivot accordingly. Instead of moving towards personal microcomputers, DEC insisted on keeping their minicomputer workstations and shifted their focus from individuals to the high-end commercial market, which proved to be a grave mistake. After 33 years in business, DEC posted their first quarterly loss in 1990 quickly followed by their first annual loss in 1990. Ken Olsen retired in 1992 and DEC made one last attempt to right the ship, launching AltaVista in 1995 which was one of the first search engines.  Despite receiving 300k visits on the day of its launch and 80 million a day two years later, DEC decided to sell the platform to Yahoo in 2003 as they were having a hard time maintaining its growth with a limited resource pool. DEC also failed to properly monetize AltaVista as they sought to use it as a marketing tool to boost sales for its computers, instead of moving away from its traditional business and into a business plan suited for the future. 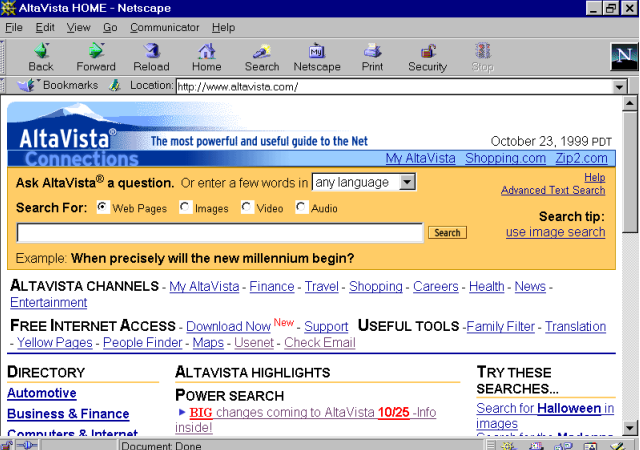 The common theme here is that each of these companies failed because they failed to innovate accordingly. Technological innovation is what led to their initial success, but in each case, these companies decided to stay as close to their roots as possible instead of learning from the changing market around them and adapting accordingly. The most interesting article I came across in my research is this one, which provides a look at how companies are shaped by the business and social cultures around them. Despite being published over 20 years ago there’s a valuable takeaway within the article. The companies founded in the Route 128 region all seemed to stick to their guns and turn away from partnerships and learning from other firms in the region whereas the firms in Silicon Valley did the opposite. “Local economies with industrial systems built on regional networks are more flexible and technologically dynamic than those in which learning is confined to individual companies.” I think that Boston has been able to maintain its position as a top-tier destination for venture capital funds due to the acceptance of regional and even nationwide networks. Maybe one day the “Massachusetts Miracle” will return in a different form, possibly mRNA technology?

←  Rise and Fall of General Electric
Yea, the “Metaverse” is cool but not as cool as “Artificial implant stimulating a central nerve to strengthen neural pathways so a human can improve their golf swing – cool”. →